The fall of the sparrow 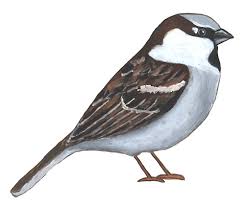 I was in my local post office here in Fondi a few days ago, waiting to pay an overdue bill. In the past this would have meant trying to guess which queue contained the fewest problem cases, ususally pensioners or people trying to send sums of money to places the PO clerk can't spell, or has never heard of, and has to check with a colleague, who's similarly challenged. But they've introduced a number system now and installed some rows of wooden chairs with a rather Scandinavian feel to them, strung along a blue metal bar like Alvar Aalto-designed birds, though the older women are wary of sitting on them and still regard the notion of respecting numerical order as a fundamentally flawed way of doing things. So there's always a free seat, hwoever busy the place is. I usually take a book and try to get some reading done. This time I had a water bill to pay and a novel by Nigel Balchin called The Fall of the Sparrow, in the 1957 Companion Book Club edition, still with a leaflet inside describing the next books to be published - Hammond Innes and Nancy Spain. I bought it because I'd read - and enjoyed - the same author's The Small Back Room a couple of years ago and because I'd opened the book on a scene with an evidently gay character, and wanted to see how the book dealt with the issue. I was four when it was published, fourteen when homosexuality was made, restrictively, legal. the title refers to the verse from Mathew: Are not two sparrows sold for a farthing? and one of them shall not fall on the ground without your Father.
But none of this is what I want to talk about, except in the oblique sense, I suppose, of how people are treated, how we're organised and accept infringements of our liberty for some presumed greater good. It would be more to the point to say that this was the day after the European elections, in which the Northern League dramatically increased its vote here in Italy and the BNP won two seats for Shit (see below) and his shifty chum. A day in which the idea that empathy and awareness of the other's needs might play a useful role in the way we conceive society and politics was rejected by a sizeable number of voters; in which civil society was more of a chimera than it had been the week before in whole swathes of united Europe. Because while I was sitting on my plywood chair, not actually reading my book but with it open in my hand, distracted by the blip that indicated the number had changed and my turn was approaching, with my imagination half absorbed by a genteeler world in which I would have been illegal, with a TV screen advertising post office products and reporting the results, an old man went up to the counter. Small, neatly dressed, someone who'd spent much of his life outside and was now retired. I didn't hear the initial exchange. The first thing I heard was the old man say, 'Thirteen euros.' He'd come for his weekly, or monthly, pension, more probably the latter. The woman behind the counter said, 'Thirteen euros,' impatient for him to go. He paused, then asked her, 'Why? Why only thirteen euros?' She shrugged, tapped at her keyboard. 'Conguaglio,' she said. A conguaglio is the term used to describe what happens when the final reckoning shows that something has been over- or underpaid and is adjusted accordingly. In this case, his pension. He repeated the word. She counted the money out, pushed it across to him, then spread her hands. 'Un conguaglio,' she said again, as though he hadn't heard, or understood. He picked up the thirteen euros and looked at them for a moment before folding them carefully and sliding them into a small purse he'd taken from his breast pocket. 'What shall I do now?' he said, to no one, to everyone. And he didn't expect an answer because he'd already turned and was walking away from the counter towards the door as the woman pressed her little button, and a blip summoned the number after his.
Numbers are wonderful things.
Published by Charles Lambert at 15:40

Lovely, Charles. It's in the little moments like this that one tastes the "real" Italy--and, as you yourself once said, you seem to be the only other expat I know who's living in the same country as I am. W.

It's all there is really, isn't it, Wendell? If you keep your eyes and ears open, that is.