Rob Spence reviews Any Human Face on Topsyturvydom, his highly recommended blog. It's a great thrill when someone whose opinion you respect gets it, and Rob certainly gets it here. This is a taste of the review:

This novel is, in concept, an excellent, disturbing, stylish thriller, but one with aspirations beyond the working out of a criminal act. It uses most of the thriller conventions, but goes well beyond them, to offer a story which deals with universal themes, particularly of man's inhumanity to man, and the dark heart of loneliness at the centre of many lives.

You can read the rest of the review here.
Published by Charles Lambert at 13:16 No comments:

An excellent review of Any Human Face in The American in Italia. This is the best bit:

Andrew's solitary life suddenly becomes a thriller in itself, as Lambert takes the wraps off dangerous and age-old Italian conspiracies. Yet the larger tale belongs to Andrew himself. Through colloquial, reflective prose, "Any Human Face" drags the reader into intimate contact with Andrew and his loneliness, while slaughter and a long-secret kidnapping conspiracy keep the plot racing.

Lambert's novel provides powerful insight into the sinister nature of Italian power, and into human solitude.

You can read the whole review here.
Published by Charles Lambert at 10:51 No comments:

Email ThisBlogThis!Share to TwitterShare to FacebookShare to Pinterest
Labels any human face, review

Well, Any Human Face is now officially launched in its home city of Rome, in the Trastevere studio of Paola Casalino, just round the corner from the setting of the first chapter and a five minute walk from Andrew Caruso's first cold-water garret. I had a wonderful time and I hope everyone else did. You can see some photos of the event, taken by my friend Maika, here. I'll be posting a short film very soon...
Published by Charles Lambert at 10:57 3 comments:

A field near Derby at 7 am 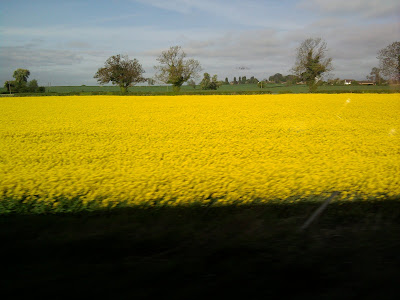 Published by Charles Lambert at 08:55 2 comments:

Email ThisBlogThis!Share to TwitterShare to FacebookShare to Pinterest
Labels travelling

The first broadsheet review of Any Human Face, in the Guardian. And it's a good one. Phew.
Though not as good as this one on Amazon.
Published by Charles Lambert at 09:45 4 comments: 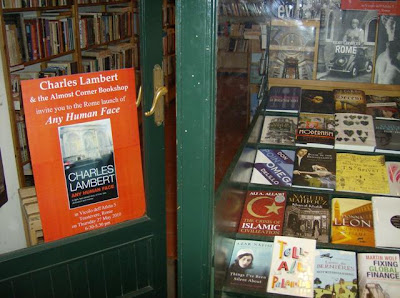 If you're anywhere near Vicolo dell'Atleta, Trastevere, at 6.30 on 27 May, come along to the Rome launch of Any Human Face. I'll be there!
Published by Charles Lambert at 23:01 No comments:

Not your average thriller

Nik Perring, author of Not so Perfect, was kind enough to ask me some rather challenging questions about Any Human Face. You can find those questions, and my answers, here.
Published by Charles Lambert at 19:04 No comments:

The estimable Scott Pack of Me and My Big Mouth has this to say about Any Human Face:

Will I read on? Absolutely.

If you want to find out why, click here.
Published by Charles Lambert at 21:06 No comments: 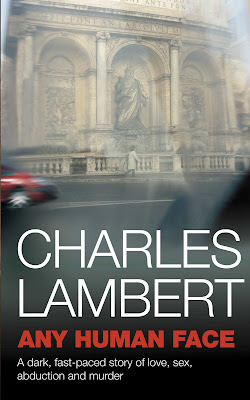 Any Human Face goes on sale today. You know what to do. (Pushy, right?) If you're in the UK and don't have a good independent bookseller within reach, then Amazon is probably your best bet. Outside the UK, try Book Depository or CDWoW, where it appears to be temporarily out of stock due to high demand (hmm). And if you're in Rome and can't wait until the launch on 27 May (more details later), pop in to the Almost Corner Bookshop, Via del Moro, Trastevere... Go on, make my day. (Perhaps inappropriate, Ed.)
Published by Charles Lambert at 09:52 6 comments:

My rating: 5 of 5 stars
Exhaustively - and often exhaustingly - funny, this novel uses every comico-literary trick in the book: mixed metaphors, wildly over-extended metaphors ("You can't see the metaphorest for the trees"), parody, surrealist riffs on just about anything that pops into the author's head: they're all there. (A technical note: I love the ongoing game with speech verbs and, at one point and to great comic effect, their absence.) Genre-hopping from hard-boiled-private-eye-meets-dark-lady to mad-scientist-saves-the-world-by-destroying-humanity, with the unexpected casting of a group of mimes as the baddies, the book is finally almost too overjoyed by its own weirdness to sustain itself as, well, a book. But if you like the idea of a post-modern Groucho Marx crossed with an off-the-wall pop Oulipiste (and, let's face it, who doesn't?), you'll love this. Looking forward to the next one, D2!
View all my reviews >>
Published by Charles Lambert at 15:03 No comments: