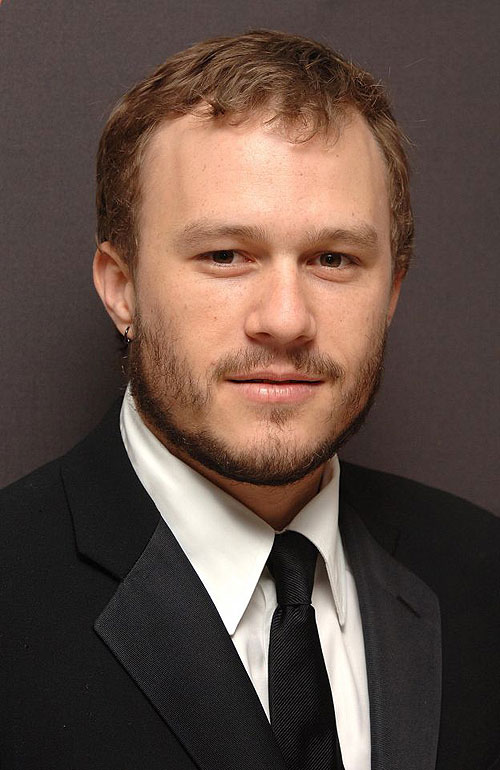 I don't know how many hours I've spent talking about Brokeback Mountain. The film took us all back to the story, or to the story for the first time; Annie Proulx's wonderful story. But there was also the partisan aspect of identification. Who were you? Who would you have loved? What would you have done? On the one hand, Jack Twist (Jake Gyllenhaal); on the other Ennis Del Mar (Heath Ledger). There's something not only ironic, but cruel about the names Proulx gave them. Jack Twist, who never wavered, whose love for Ennis was constant and insistent; Ennis Del Mar, who refused to adapt, sea-like, who refused to go with the flow. Giuseppe and I and our friends divided into factions, in the mildest sense. I was with Jack because I've never had any doubt that what counts is love, and let the rest go hang. But what Heath Ledger did was make the doubts of Ennis so real, and so valuable, that even the most partisan understood what it must be like to not be partisan; understood what it must be like to contain the other within oneself, as Ennis did. Jack was simple; Ennis was what resisted simplicity, for the worst and the best of motives. In the hands of a lesser actor, Ennis would have been the villain, the spoiler. In the hands of Heath Ledger, he broke my heart.
Published by Charles Lambert at 23:29

I know it wasn't meant exactly as a review, but that was one of the better reviews of Brokeback Mountain that I've read.

Heath Ledger who made several terrible movies (first time I saw him was in the Patriot) was terrific in Brokeback. In particular I loved the scene where he calls Jack's widow and the way he reacts to her version of her husband's death. You wonder if she's sending him a coded message, if he's ruminating on the story his father told him about the two men killed for being gay, the fact that he wasn't around, etc. Then you realize that it's all of those things.

I learned two things from "Brokeback". One was that Anne Hathaway has a great, ahem, pair. (Who knew?)

The other is that Heath Ledger was actually a brilliant actor--something I hadn't seen in other performances. I'm saddened becasue I'd been looking forward to following what promised to be a great career.

I'll admit that his death has hit as much as the death of River Phoenix did. They had the same attention to what they were doing, the same capacity for showing just how complex people are. It's a terrible waste.